The Chief Administrative Secretary (CAS)State Department for Crop Development and Agricultural Research, Ministry of Agriculture, Livestock, Fisheries and Cooperatives together with the Project Coordinator(PC) DRSLP flagged off a consignment of seeds, seedlings and other agricultural inputs worth Ksh. 22 miillion to be distributed to DRSLP counties. The inputs are intended to benefit 11,692 beneficiaries in all the six counties where DRSLP is operating.

DRSLP has been operating in the six (6) counties of Turkana, West Pokot, Baringo, Samburu, Isiolo and Marsabit, since 2013. The projects initiated by the Programme include irrigation schemes, water pans, dams, bore holes, shallow wells, pasture demonstration farms, hay stores and livestock sale yards. Some of the projects are either complete or are at final stages of completion. So far the project has reached 61,796 households as beneficiaries which are mainly pastoralists and agro-pastoralist.

The inputs are intended for setting up demonstrations for crops (including Kitchen Gardens), fodder production and irrigation agriculture in order to address the beneficiaries need for food, nutrition security and income generation as a COVID 19 response initiative. 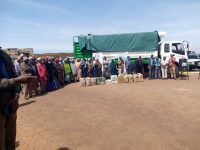 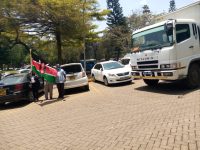 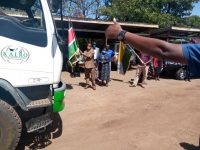 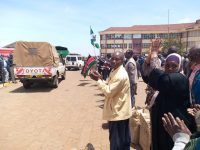 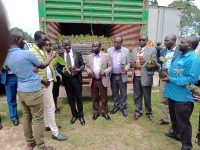 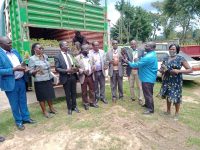